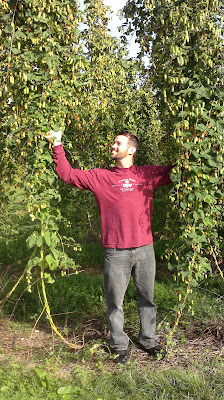 A native of Whitney Point in Upstate New York just south of the historic hop regions of the late 1800s. I have always been a fan of traveling, having lived in Spain, Australia, Germany and New Zealand over the years. An obsession with beer began with a home brew kit bought at a garage sale in Potsdam NY my junior year at Clarkson University. I ended up honing my craft beer knowledge at Harpoon Brewery in Windsor VT. After over 30 countries and counting I now have merged my love of travel with my love of beer in The Beer Less Traveled. Last year saw a tour of New Zealand and parts of Australia reveling in new beers and exploring hop farms and maltsters. I also launched a few brews under the Hopmonger label. Now back in the US working at Harpoon again the journeys will continue albeit on this side of the globe. Thankfully there is great beer a plenty here. I hope we cross paths for a pint somewhere!