It was a sad sobering moment when I mailed my snowboard home two days ago. Realizing it would be a while before I toured a mountain all day until my legs burned and followed up the day with a nice local brewery left me nostalgic for even recent memories. My drive cross country through Colorado, New Mexico, California and Oregon gave me lots of opportunities to indulge. 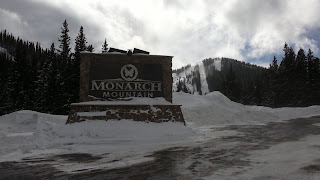 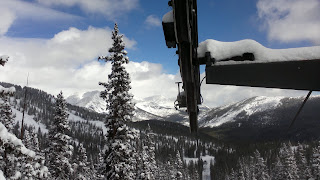 It had been a dry year for a lot of America's ski destinations but southern Colorado was still getting good snow.  Although a 3 hour drive from Denver, where I was staying, a $12 online ticked drew me down to Monarch Mountain. I was rewarded with six inches of fresh snow and bluebird sunny skies! Originally the plan was to visit Eddyline Brewery in nearby Buena Vista but my plans changed as the day wore on.  Halfway into the day I stopped for some lunch and after a quick survey of the lodges draft beer selection tried the Amicas IPA.  The bartender worked there as well and convinced me to check them out in Salida after I finished up my last turns. Amicas Pizza & Microbrews does two things well, you guessed it, pizza and craft beer.  I got a nice tour of their small facility from Steve, who has brewed there over 5 years. Then I got to chat beer with Mike, the owner who has friends near Harpoon's Windsor brewery where I worked. Mike is also on his way to NZ soon, once again showing how small the craft beer world is sometimes. I hope to catch up again soon on either coast for a pint! I didn't have room to try the pizza but the beers were very good across the board. I also was able to take home a few bottles of stuff not on tap to try out. 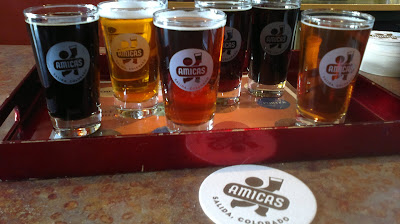 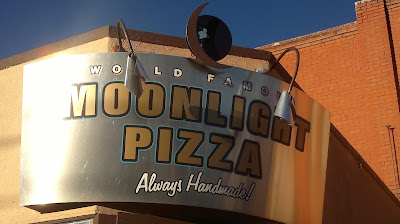 Mike also mentioned I should try out Moonlight Pizza down the street.  These guys have been doing pizza a long time but recently added some slick new, albeit small, brewing equipment. Scotty is the head brewer but was out, however his assistant Brian gave me a great tour and walked me through the samples. He also hooked me up with some sweet shades to combat the late afternoon sun.  Seems I wasn't the first as they had a nice collection of snazzy shades for their happy hour clientele. My favorite was the Porter.  However Clayton, a nice well versed homebrewer from Pueblo that drove up to fill his growler went with the IPA. I also got a Rye IPA bottle (test batch) to go! 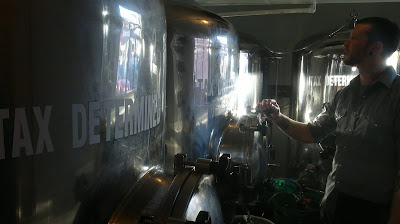 With the sun setting and a drive back to Denver ahead of me Eddyline and Buena Vista would have to wait until next trip.  This area is also home to great river rafting and kayaking in the summer.  A trip back in warmer months for more delicious brews and time on the whitewater of the Arkansas River are definitely in the cards! Until next time... Cheers! 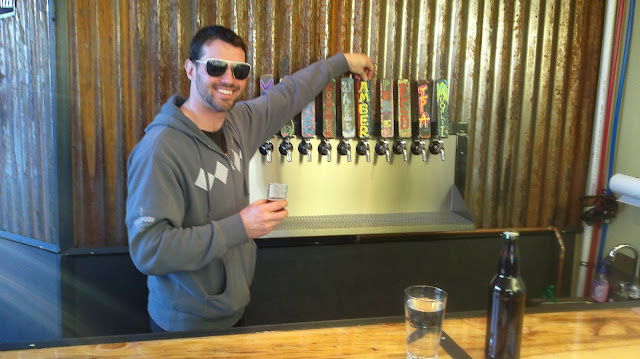 Posted by EdwardValenta at 10:20 AM